5 Reasons to Come to Niseko This March and April

We have referred to March and April as the Sunny Season before, and there is good reason for that. While some might bemoan the loss of a bit of powder, having a bright blue sky and glowing sun above you while you tear down the mountain is actually pretty amazing. For first-timers and those not used to lots of powder snow, the loss of a a little powder won't affect your trip as you will likely spend most of your time on the groomers in the company of great instructors like our friends over at GoSnow. If you are bringing kids with you, all the more reason to visit our friends at GoSnow as kids ski free from March to April 10th! 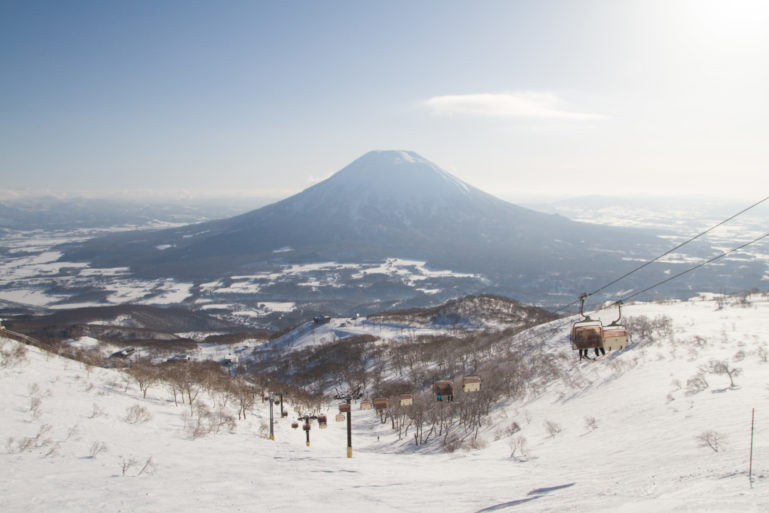 Clear views of Youtei and the beautiful surrounding landscapes much less of a rarity in late-winter and early-spring.

2. Visibility - The View is Amazing

Related to our first reason, the increase in sunlight means there is a a significantly greater amount of visibility. If you are new to skiing or snowboarding, this is something you should seriously factor in to your planning. January and February see the largest amounts of snowfall and as a result have the most days with falling snow. If you are just starting out or not a confident skiier or boarder, not being able to see much in front of you can be quite unsettling. March and April will still have days where visibility is low, but there will be a greater percentage of days where the weather is clear and the sun is in the sky. When you can see the contours in the snow, it makes for learning to carve and navigate the slopes much easier.

Additionally, the view of Mount Youtei from the top of the resort is breathtaking. The surrounding snow-covered fields spreading out from the single solitary mountain is really something that leaves a lingering impression. If you are the kind of person who appreciates scenic views, then this is one not to miss! 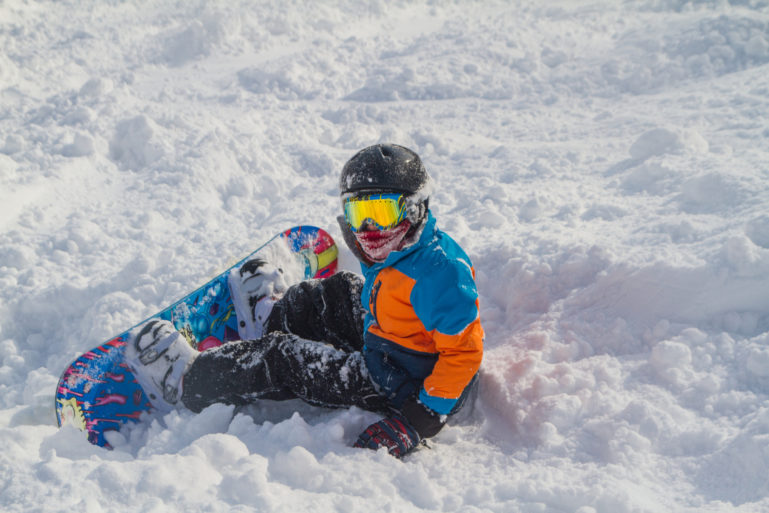 Enjoying the snow and sun at the same time makes for a great day on the slopes!

Hokkaido gets cold over the winter. If it weren't for those Siberian winds sweeping in we wouldn't have the amazing powder snow that we do. All that powder snow is a thing in itself, but it isn't all the Siberian winds bring in. January and February are the two coldest months in Niseko. Temperatures typically drop to -10°C plus or minus a couple degrees in the village and it can feel and get even colder up on the mountain, especially when you factor in wind chill. In March and April, temperatures range from 4°C to - 4°C and with the sun shining down, even the cold days feel warmer. It makes a big difference if you aren't a big fan of the cold! 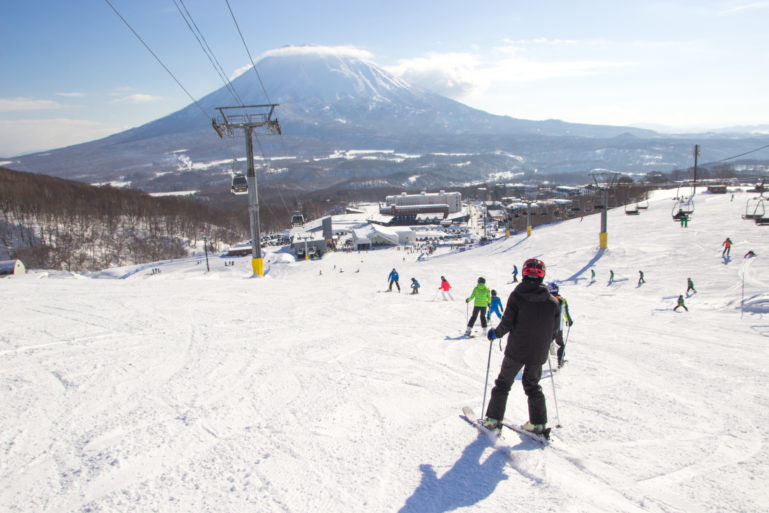 Niseko is at its busiest from just before the Christmas holiday until mid-to-late February. Chinese New Year changes a little bit each year and that can affect how late the busy season runs. Anyone who has been in peak season can tell you, if you haven't planned everything (or as much as you can) out in advance, you might find it tough to book last minute services, get a seat at certain restaurants, or get lessons with the instructors you want to request.

March and April have the advantage of easier access to services, making last minute reservations are less difficult, and you might even manage to make the whole trip without a single reservation (although, we strongly recommend booking ahead just to be safe). This also means that peak times on the mountain will see shorter queues, maybe even no queues for the gondola and lifts! 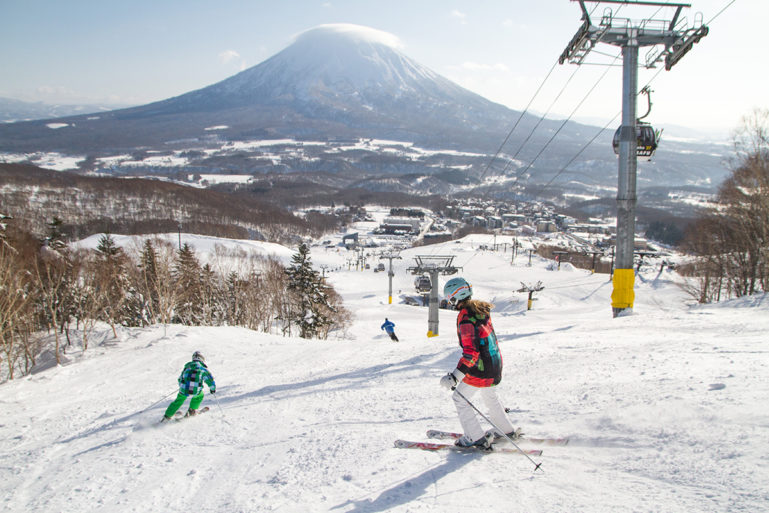 Sun in the sky and so much space on the slopes! Don't mind if I do!

Rates vary over the course of the season with the lowest rates kicking in early March and running until the end of the season. If you are on a budget and looking to make the most of your money, than coming in March and April can really open up your options. While the lower rates alone can significantly improve your holiday, the March and April sunny season often sees a lot of great deals and giveaways as well (2015/16 winter season). It is always worth getting on our mailing list to keep an eye open for deals as they pop up! 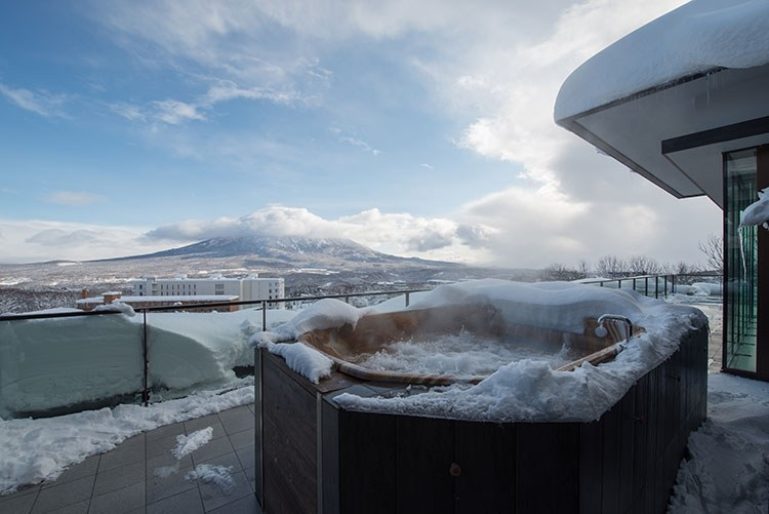 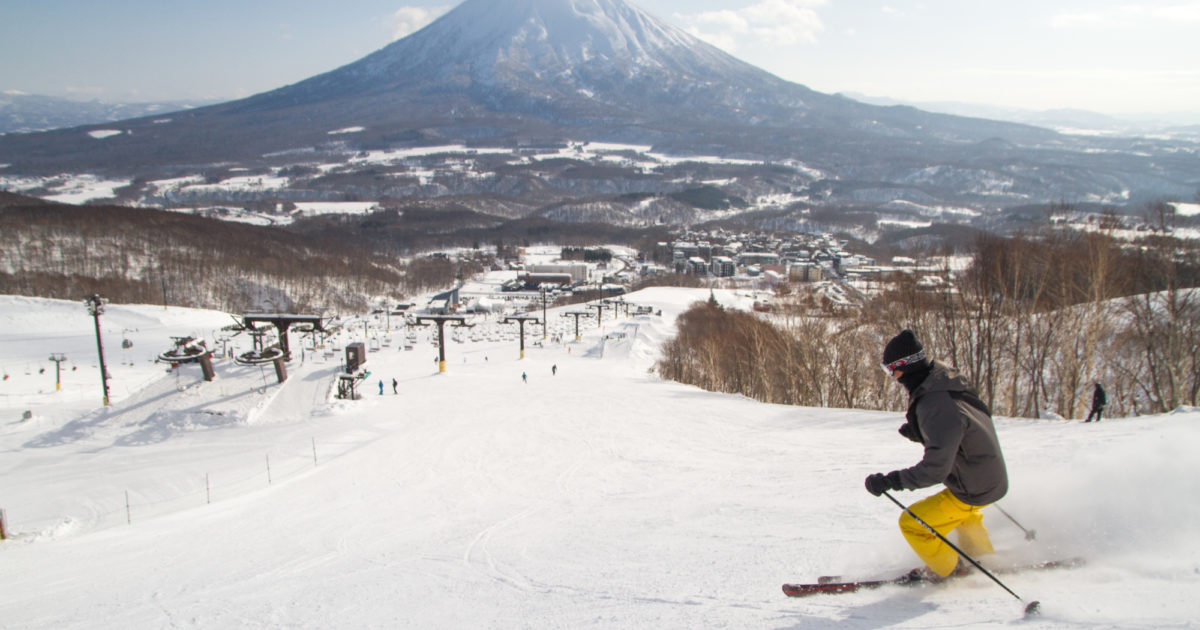 ← Niseko Through the Eyes of a Pro Skier Kids Ski Free in Spring! →