An Interview with Aram Raffy 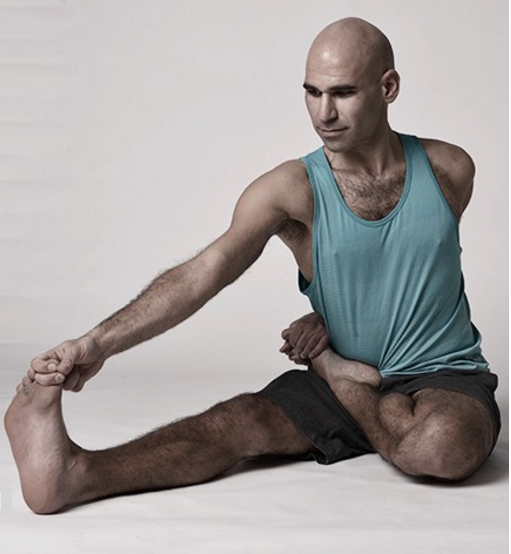 In preparation for the upcoming Yoga Retreat with Aram Raffy this August 17 – 24, we sat down to have a chat to give you more insight into who Aram Raffy is and what you might be able to expect from his upcoming retreat. The focus of the interview is on Aram, who he is, his journey, and his practice. Retreat details can be found here.

Ki Niseko: How many years have you been practicing yoga? When was it that you first started and when did you become serious about your practice?

Aram: I started practicing more than 12 years ago. A friend introduced me to it as a way to help rehabilitate after major knee surgery from an old football injury. I was really struck by how powerful the effects of deep conscious breathing and meditation were on how I felt, both physically and mentally. I was training martial arts a little at the same time and managed to hurt myself further and after more surgery, serious back injury, and chronic pain I immersed myself more in the practice as I couldn’t really do any other physical activities safely.

About ten years ago I came across an amazing teacher by the name of Stewart Gilchrist, now the most popular teacher in London. He teaches a very dynamic method of Ashtanga Vinyasa with a strong emphasis on the philosophy and deeper aspects of the practice that really make it more than just about the physical body. I still study with and assist him regularly.

I was an architect by trade, and I used to work a 9 – 5 job and practice in the evening.

KN: When was it that you made the full switch from your career as an architect to a yoga instructor?

Aram: I didn’t really plan on it. I qualified as a teacher to learn and deepen my own understanding initially; and I felt the best way to understand something would be to teach it. Luckily I was surrounded by yoga teachers and had plenty of opportunities to teach classes and it went from there. Looking at the teachers I respected and admired I felt if I was going to do it properly I should immerse myself in practicing and teaching fully. 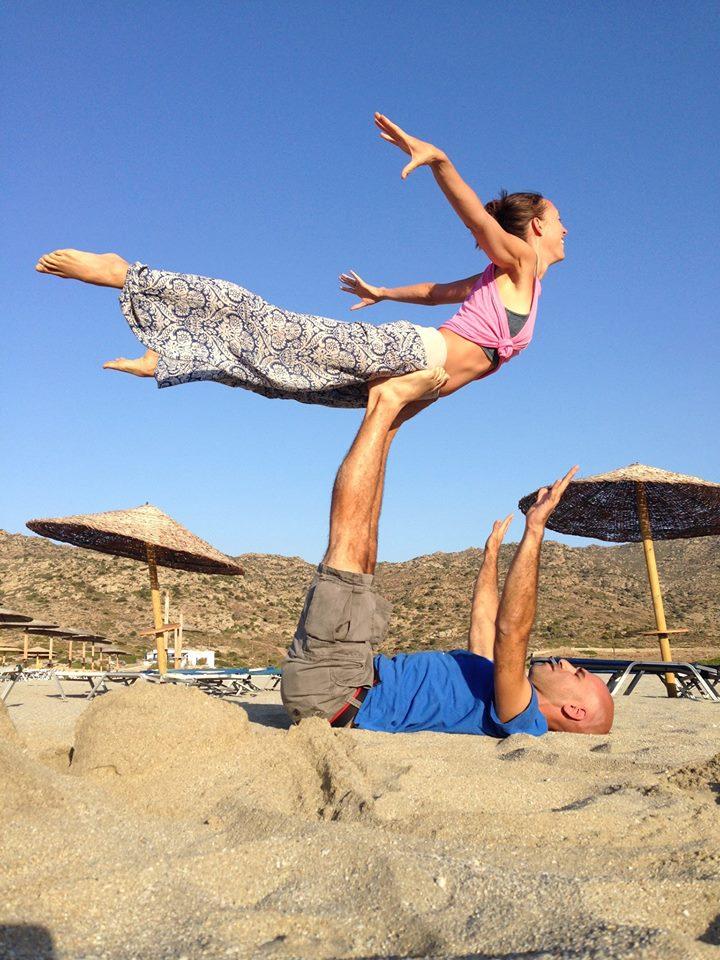 KN: How many classes do you teach a week?

Aram: I teach about 12 – 13 studio classes a week and I also do private workshops and retreats on the side as well. The studio classes are split between three studios across London so that keeps me busy and moving around a lot.

KN: Do you often combine yoga and travel?

Aram: A little. I try not to too much. I feel a big part of being a good teacher and student is about the consistency of the practice and being available for my students. If I’m away traveling too much it takes away from the stability that you are creating for people who are attending your classes regularly.

That being said, I have travelled quite a bit in the past throughout my life and as part of my studies. I’ve taught retreats and workshops across Europe and the middle east and Armenia. I did my initial training qualification in Tahoe with Doug Swenson who is an inspirational teacher with decades of experience. I’ve travelled around India extensively too. 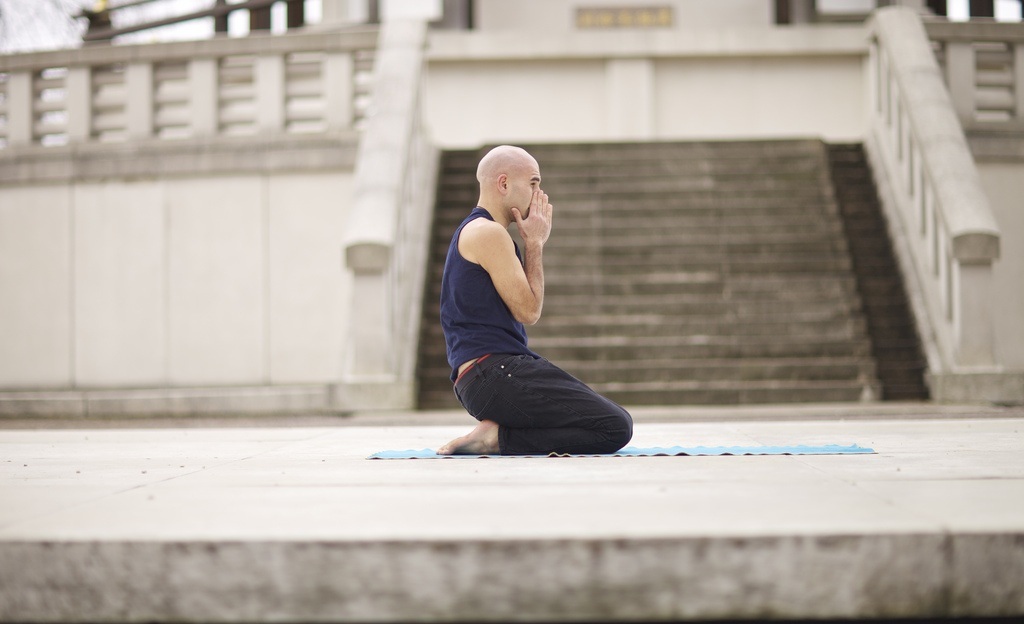 KN: Have you been to Japan before?

Aram: Yes, I came about 8 years ago to visit a friend of mine for his wedding. He was living in Nagoya at the time, so I didn’t get to come up to Hokkaido on my last visit. It was great, we traveled across the mainland and visited Kyoto, Osaka, Hiroshima, Tokyo. I really enjoyed it, seeing the culture and the people. The food was great and there were a lot of aspects about the country that were quite different from anywhere else I’d been to.

KN: What was the lure/draw to coming back and doing a yoga retreat in Hokkaido?

Aram: I think that in my travels there was something quite different about Japan. Globalization seems to have really homogenized the world in a lot of ways. Japan was the first time in a long time I felt a real culture shock where everything seemed very unique and different. The people and the culture are wonderful and it’s a beautiful country

I also love being in nature and mountains in particular. We’re very disconnected from it living in big cities. I had seen photos and heard stories from my friend who’s moved up to Niseko from Nagoya. Ki Niseko seemed like the perfect place to withdraw to for a retreat. I love mountains. I’m Armenian in origin and mountains are a big part of our culture too. 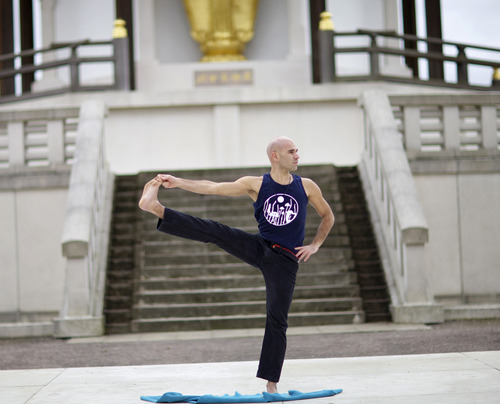 KN: What is something you strive/look to achieve for in your yoga practice?

Aram: Striving runs a little counter to the practice of yoga. Yoga is essentially meditation. And a lot of the value of the practice comes from simply doing it for it’s own sake without any particular aim. The challenges you face in the practice are lessons in themselves

There are so many benefits to the practice, but they come about mainly as by-product of involving yourself in the process. It’s really quite powerful the changes that occur when you learn to get a little bit out of normal modes of thinking and doing and constantly looking to feed the ego.

KN: If you had to pick a specific pose which you felt represented you, what would it be and why?

Aram: (Laughing) corpse pose. I’m a bit lazy! In all seriousness, I think if you are only really going to practice one pose then this is it. Total surrender. You’ll find that actually for a lot of people it’s not so easy to just lie down and stay still.

Yoga is being sold nowadays as being primarily about physical prowess and people are a little too obsessed with their bodies. The original Yogis viewed the physical body as a prison to transcend and corpse or ‘death’ pose embodies that completely.

KN: Is there a single moment or a story that you could share where you felt accomplished as a teacher?

Aram: It is hard to select a single moment as for me it is really about seeing students developing over time. I sometimes hear from students who might come to a class and then let me know how it might have helped them in their lives or in getting through some challenges they may have been facing, but it really is the long-term changes I see in students as they evolve, becoming more confident and opening up to themselves that I find most fulfilling.

Book before it's too late!
Matt Kaiser 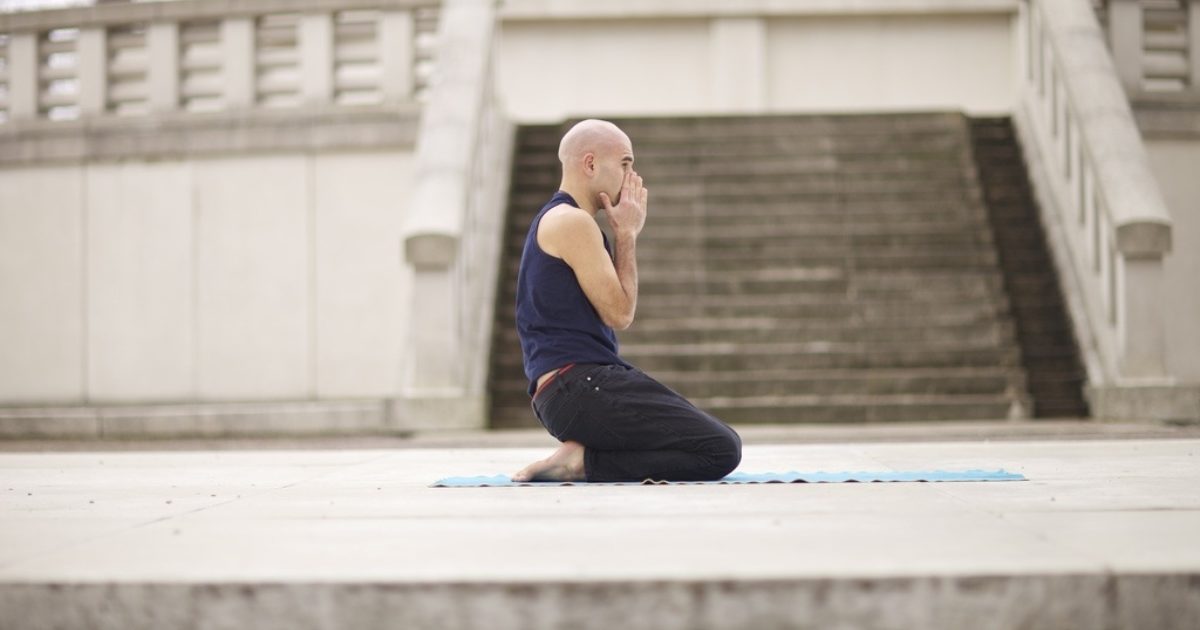