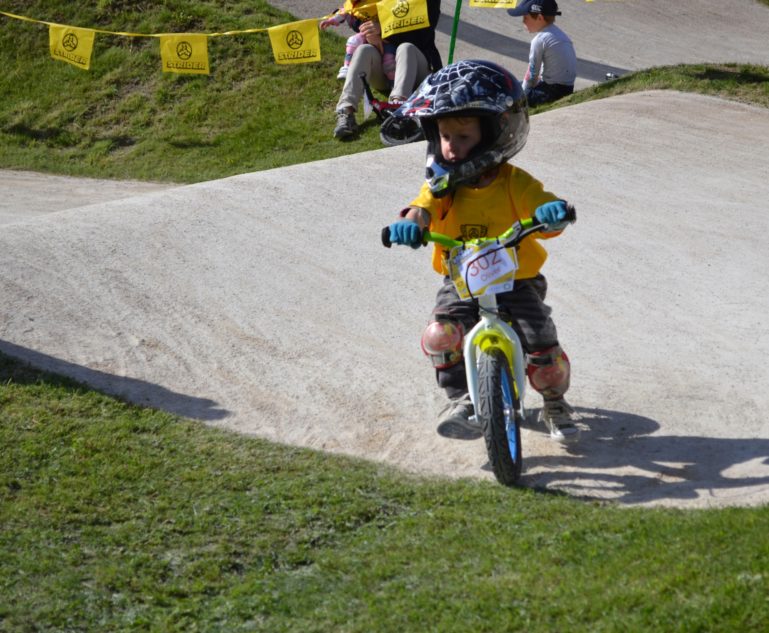 What are Strider Bikes?

Strider Balance Bikes have been taking the world by storm since their first creation in 2007. Inventor Ryan McFarland, grew up around bicycles and motorcycles and has had a fond love for two-wheeled vehicles and racing since his early childhood. Upon becoming a father himself, his enthusiasm couldn't wait and he had to find a way to get his two year-old son riding! Finding traditional tricycles too heavy and cumbersome and complex for a small child of early years, he sought to find a solution hat would better help a child succeed.

The journey eventually led to the first strider balance bike. Through trial and error, McFarland slowly whittled down what he felt were unnecessary elements until at last he had a working model. Rather than teaching how to balance, pedal and steer all at the same time, his Striders focus on balance and steering, allowing children to utilize a form of propulsion they already know–walking! 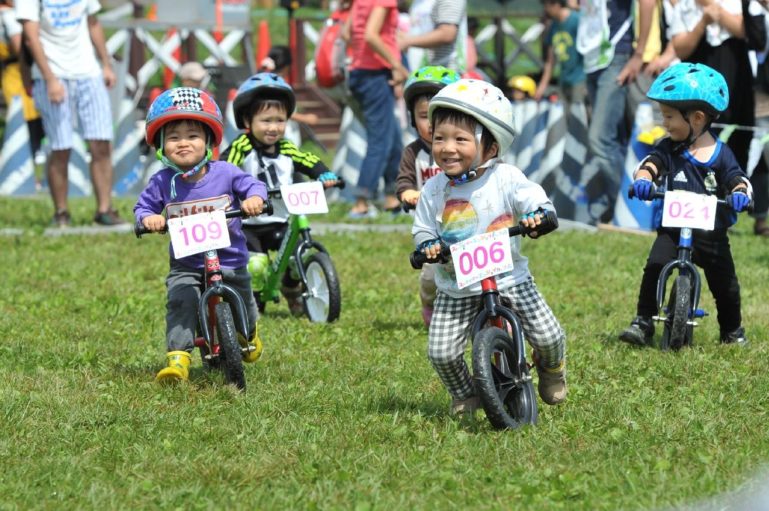 Group of Striders having a blast! Look at those smiles!

While simple in concept, the reinvention has taken the world by storm as it is helping children develop balance and motor skills required to ride a bicycle from a younger age and with more confidence! The invention has really picked up a lot of media attention over the years as the product has spread across the globe. As of 2014, more than 695,000 products had been sold world-wide and as of today (August 2016) more than 1,300,000 have been sold!

Since its original inception, the Strider company has expanded designs to provide models for children from 18 months to five years, six years and up, and 13 years and up–really giving children of any age a safe start to learning to ride a bicycle. For a full list of models and accessories, please see their website pages. Depending on where you live, there are even strider camps and adventure zones, but the companies online website has you covered with information and education even if you don't have a camp or zone nearby. 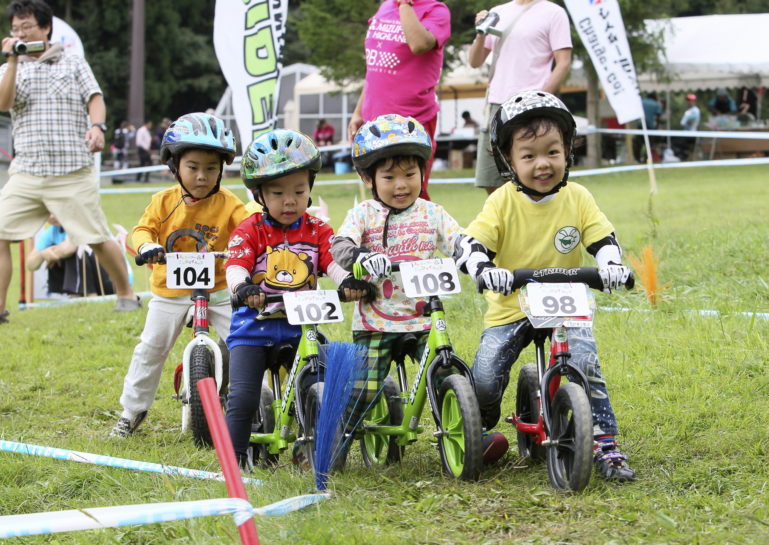 Four young striders are rounding the corner, looks like they are ready for the Strider Enjoy Cup: Niseko Stage.

What is the Strider Enjoy Cup?

The success of the Strider Balance Bikes is more than just being a superior way to learn to balance for young children. McFarland's company has expanded globally, partially driven by their Strider Cup Races (Strider Enjoy Cup in Japan). Currently, they have qualifying races in 17 countries, but the list is growing every year.

The sponsored events are free for families (although many events do have a small entry fee). The number one priority of each race is to have fun and try your best! To top it all off, there is even a Strider Cup World Championship held each year. Beyond having fun at the event, the requirement is that the child is riding an official 'Genuine Strider'. 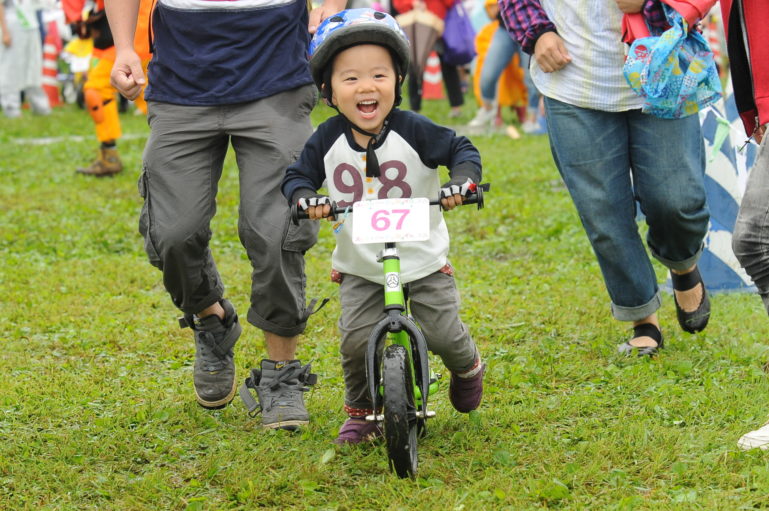 Single rider with a big grin on his face!

This year, Niseko is hosting it's first official Strider Cup Race. One of only a handful of sponsored races in Japan and Asia, it is a great chance to combine travel with your children's interests! Don't forget that Ki Niseko is offering a special 10% discount to accommodation for all families with a registered racer! Please contact our Reservations Team to enquire for your stay and don't forget to register your child before it's too late! 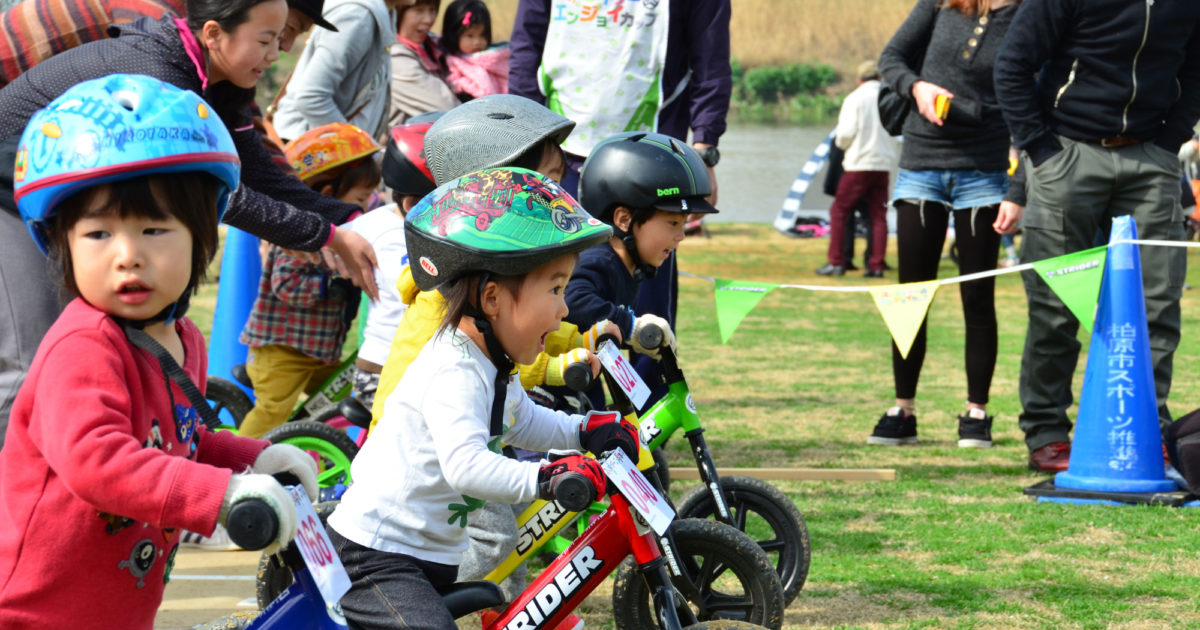 ← Hokkaido Named No.1 "Best in Asia" Destination by Lonely Planet 8 Tips for Skiing and Snowboarding in Cold Weather →