The 2015 Cow Parade Niseko has kicked off in style, with a launch party taking place last Friday night that featured an official opening ceremony, a Taiko drumming performance and a live jazz band. A lively crowd filled the Niseko Village's Two Sticks area to celebrate the beginning of one of Niseko's biggest ever summer events.

Cow Parade Niseko is a global art initiative that has been hosted in more than 80 countries. It is the first time that the exhibit has been held outside Tokyo since it debuted in Japan, and has has attracted participation from amateur and professional artists from all over. 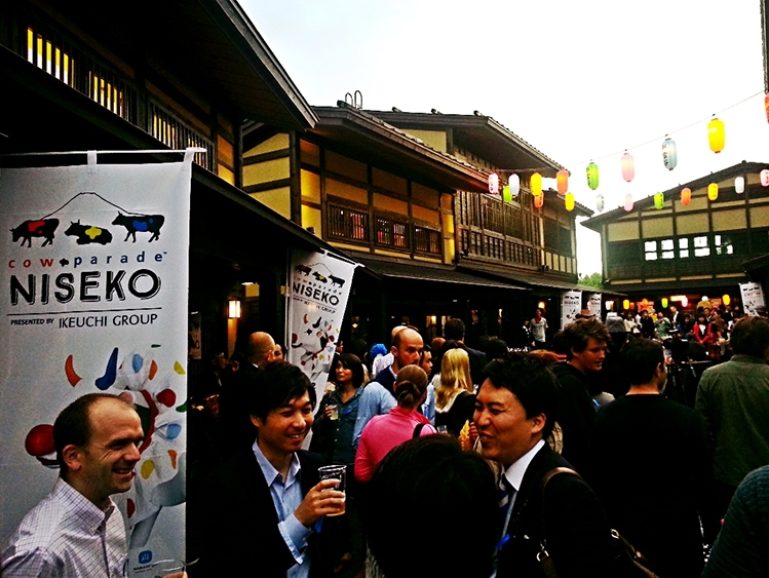 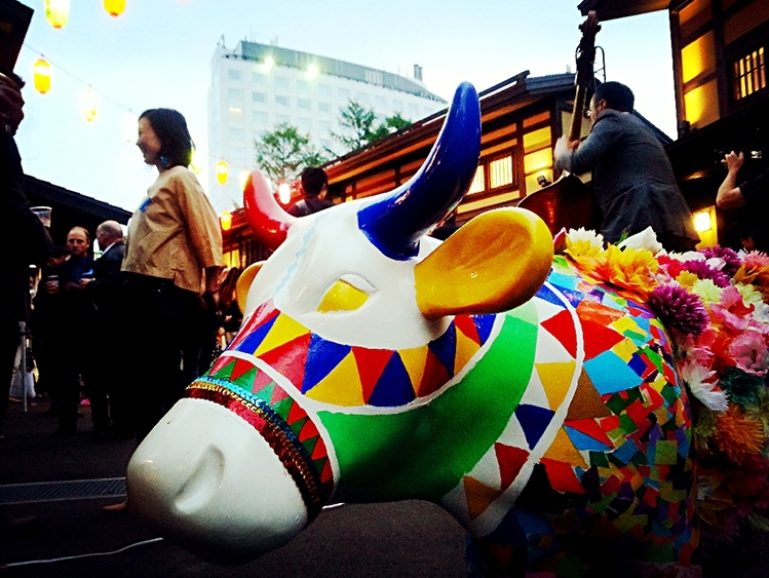 One of the "mini-moos" on display at the event. 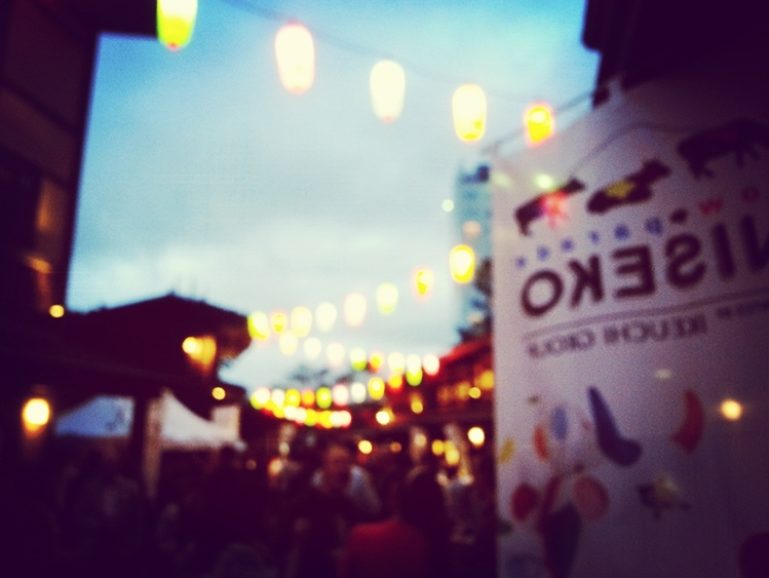 Bright lights and a festive atmosphere! 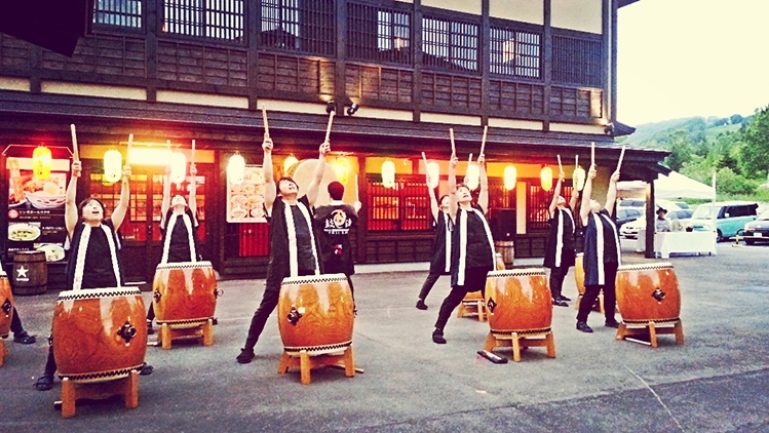 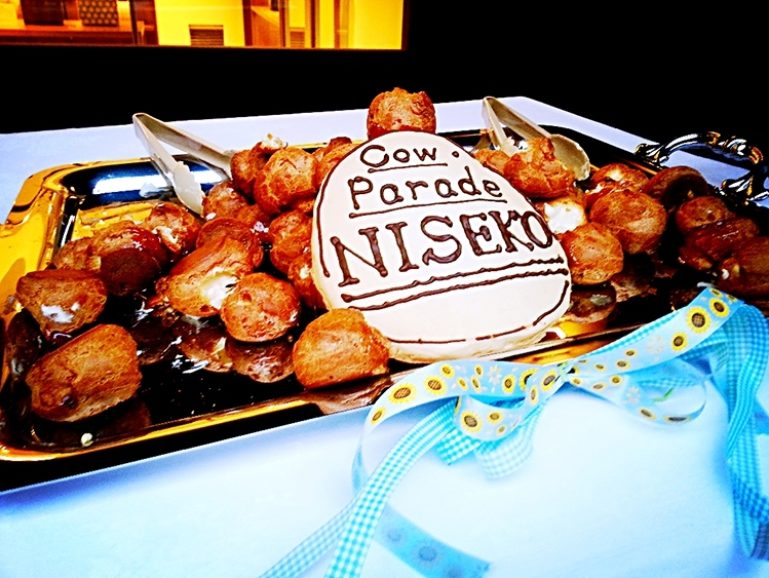 Some of the delicious treats on offer at the event! 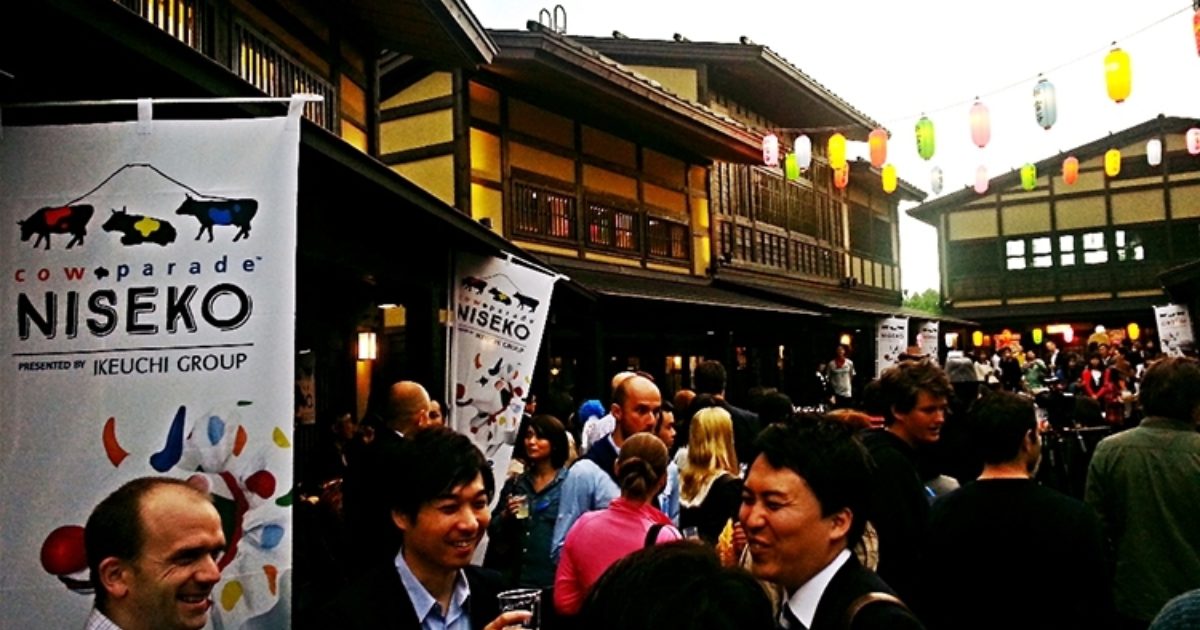