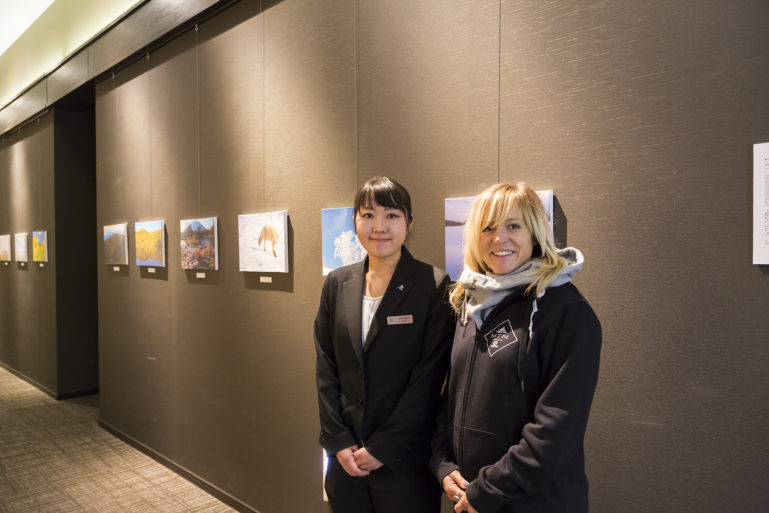 It's not every day you have an Olympic snowboarder walking through the doors at Ki. So, when we spotted British bronze medalist, Jenny Jones, we took the chance to catch up with her and share our latest happenings here at Ki.

It's been a year since we last saw Jenny, when she stayed with us at Ki during her last trip to Niseko in January 2016, so we're thrilled to have her visit us again this season!

Winning bronze in slopestyle at the 2014 Soichi Winter Olympics, Jenny was the first Briton to win an Olympic medal in a snow event. There's something pretty special about being in the presence of an Olympian – it's truly awe-inspiring. 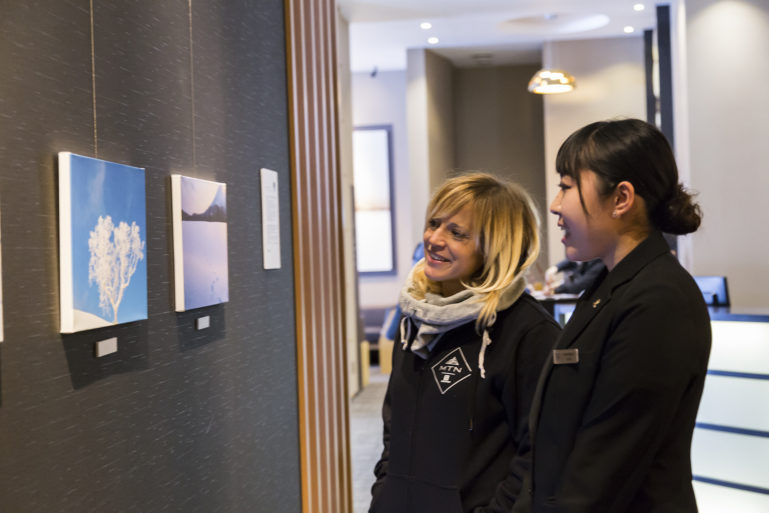 Jenny was treated to artist Hitomi's own personal story behind each artwork on exhibit.

During her visit to the hotel, Jenny enjoyed a meet and greet with current exhibiting artist and team member at the Ki Gallery, Hitomi Igawa. Her exhibition, in the theme of Irodori or "four seasons Niseko", was a delight for Jenny as she learnt direct from the artist, the inspirations and story behind each artwork.

The exquisite photography collection, on until January 27th, 2017, captures the various color palettes the artists has encountered during each of the four seasons in Niseko. 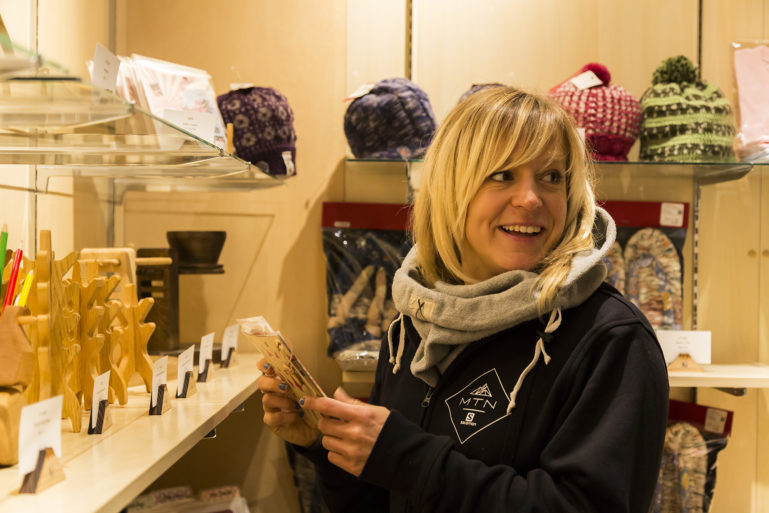 Jenny Jones having fun checking out the new gifts and souvenirs in the Ki Gift Shop.

Next up, Jenny had a browse through the newly opened Ki Gift Shop to see what fun gifts she could take away with to her home in the French Alps. Jenny particularly loved the traditional origami set!

The gift shop is full of products all based on the theme of Hokkaido, including kids T-shirts, local Hokkaido-made cosmetics, Japanese cloth slippers, artworks and sweet treats. 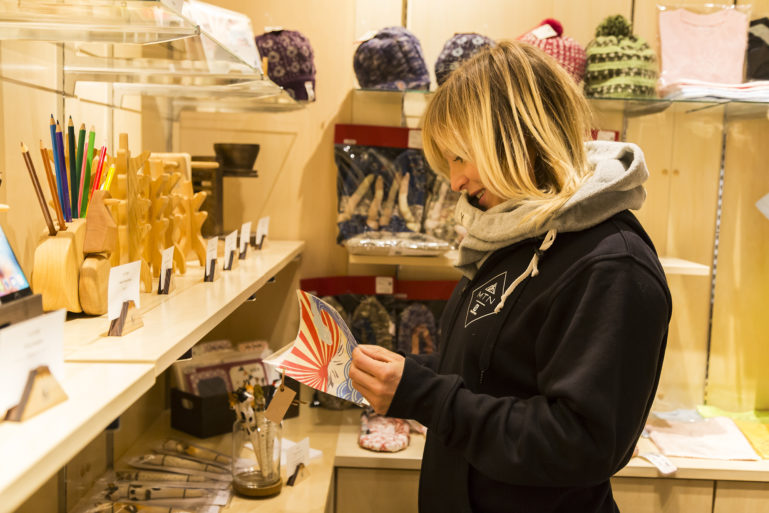 Taking a closer look: Jenny loving the detail in the origami set in store.

Last but not least, Jenny made a visit to our in-house Japanese restaurant, An Dining to try the winter menu. Jenny enjoyed fresh Hokkaido sashimi from the Premium Signature Winter Menu.

It was so great to see Jenny after the year that has passed so quickly. We wished her well on her way until next time in Niseko! 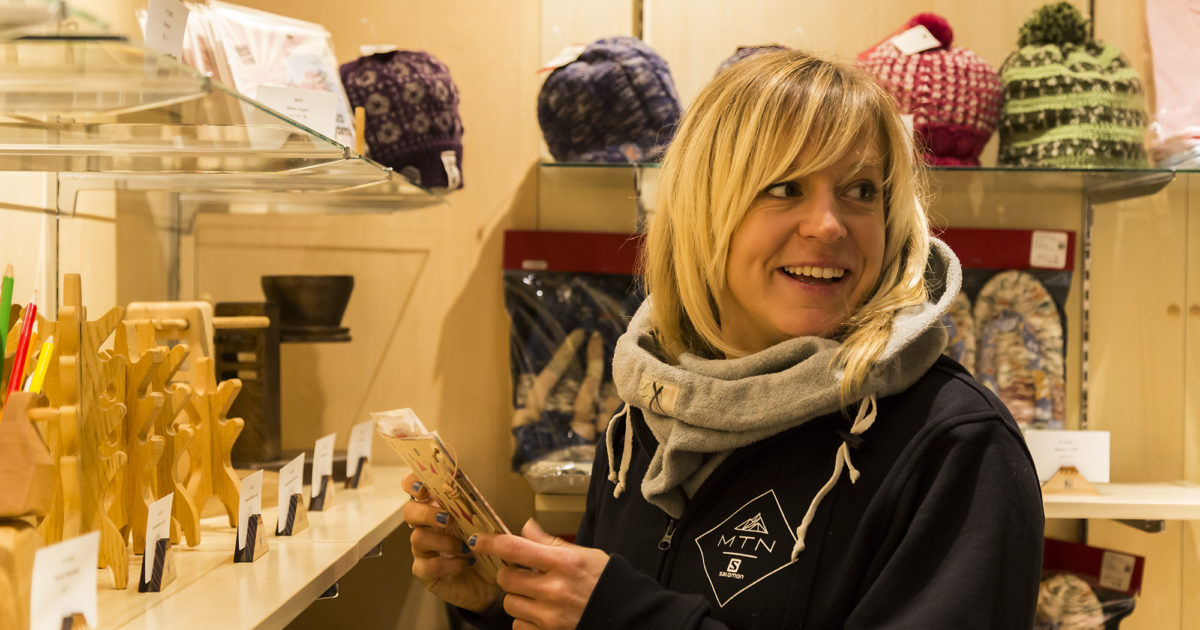 ← Our Gift to You This Valentine's Day Ki Niseko Onsen Listed in Top 6 Favourite Onsens in Niseko by WanderLuxe.com →