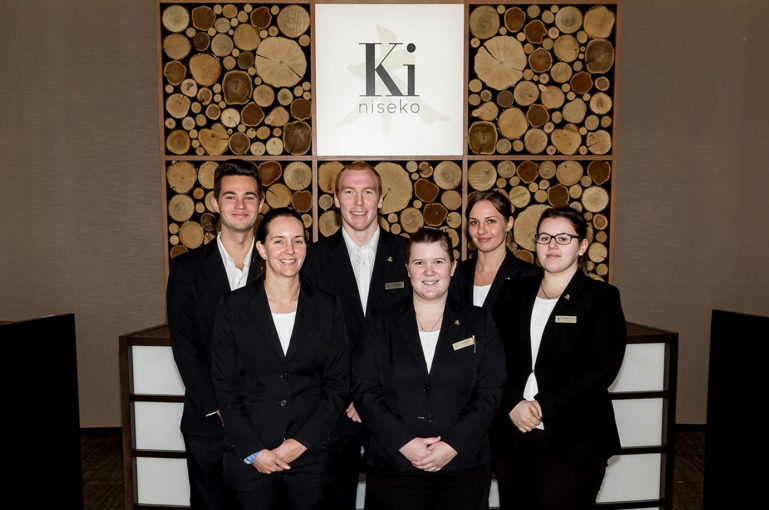 Each winter season, Ki Niseko selects the best seasonal staff from around the globe to provide service excellence to the many international guests who come to stay at the hotel. We got the chance to have a quick chat with our newest Front Desk Team members to find out more about what they've been up to and what they love about Niseko.

So, what have you been doing prior to arriving in Niseko?

David: I was finishing up university (Marketing & Business) and I was planting trees in British Columbia!
Tony: After university I did a ski season in Solden, Austria. I really enjoyed the season so I decided to do another in Val D'lsere, France.
Martyna: I have been living and working in England in one of the hotels in the Lake District. Before that I moved to Canada and had lived there for a year.
Courtney: Back home in Australia, completely unrelated to snow, snowboarding or nice hotels, I’m actually a Mechanical Engineer! So before arriving in Niseko, my last project was working on a remote solar farm installation.
Tayla: I worked in a call center in New Zealand but before that I worked as a Nanny in London and also worked in the 4 and 5 star hotels in the even banqueting teams.
Jacqueline: I worked as a Night Auditor in a hotel in Germany and also spent some time working at the reception during daytime for about a month.

What's your favourite country that you've traveled to and why?

David: I used to live in Grenada, an island in the Caribbean, and that would be number one for me. Gorgeous beaches and weather with great people.
Tony: Barbados with its lovely weather, beautiful beaches, friendly people and I got to surf during the day.
Martyna: The United States because it was my first international working experience. There are so many different cultures which vary widely in just one nation. The country comes with so many attractions and places to see – enough for a life time.
Courtney: I like them all! But my top three would be – Morocco for the food and the history, the UK for the pub pints and The Tube, and New Zealand for my family and the scenery.
Tayla: Edinburgh in Scotland. It has such an amazing history, tons to do and the people were super friendly.
Jacqueline: Obviously Japan, especially Hokkaido! I love the nature and the friendly people. When I visited Japan last year for the first time I knew I had to come back as soon as possible to discover more beautiful places.

There’s a lot of snow here in Niseko, which begs the question: Are you a skier or snowboarder?

David: Skier! But I am going to learn how to snowboard.
Tony: Skier
Martyna: I'm a skier. I have never tried snowboarding but I'm hoping to do it this season.
Courtney: Snowboarder! But I think skiing is much cooler so this season I intend to put in some time in on skis.
Tayla: I have only ever skied before so I would have to say skier but its been awhile so I will be taking some lessons to re-learn everything.
Jacqueline: I have never done any snow sport before, so I would like to try both!

What do you love most about Niseko?

David: The mountains! The views! The snow!
Tony: The large quantities of snow, the friendly local people and the delicious Japanese food.
Martyna: I love Niseko for its fabulous powder. There is a large variety of runs and off-piste skiing. Niseko also offers a lot of dining opportunities.
Courtney: That’s easy – metres and metres of powder, karaoke, tree runs, onsens, even more powder and spending time with Japanese people who are so friendly and nice and make the most delicious food.
Tayla: The people here are so lovely.
Jacqueline: The snow, the nature, my coworker at Ki Niseko, the hotel and Kutchan's skiing potato.

The Ki Niseko are looking forward to welcoming you this winter season and assisting you in having an unforgettable Niseko experience. 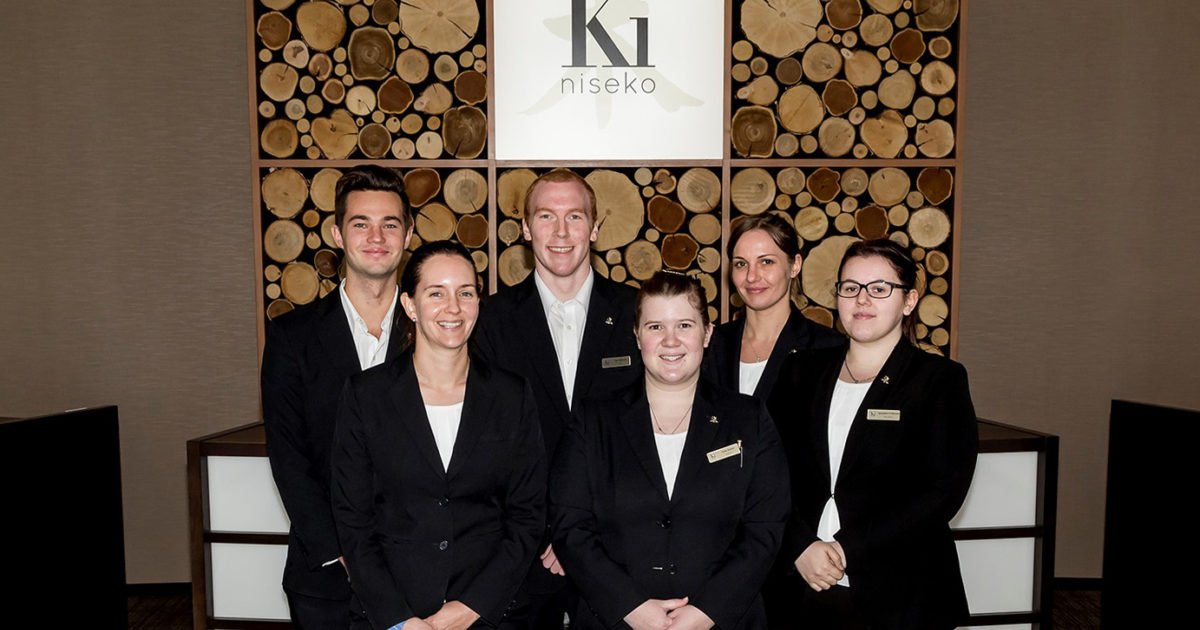