What's more special than getting the chance to view the works of award-winning artist, Koichi Murai? Watching him create them right in front of you.

We recently had the pleasure of exhibiting the mesmerising work of Japanese sumi-e artist, Koichi Murai, at the Ki Gallery, along with hosting his amazing Live Painting exhibition.


Over six days, from January 29th, 2017 to February 3rd, 2017 Koichi took to the floor in the Ki Lobby to create his newest masterpiece. It's not often an artist of Murai's calibre creates art in a public space. Guests who stayed with us during the live painting were treated to a wonderful opportunity to watch Murai's piece come to life.

Watch our time-lapsed video of Murai in action over the duration of his painting at the Ki Lobby. We think you'll find it as fasciniating as we did!

The finished work, revealed on February 4th, depicts several dragon balls which resemble different gods. Most of these gods are "good" gods and the dragonball in the middle stands for "sunlight" (god). 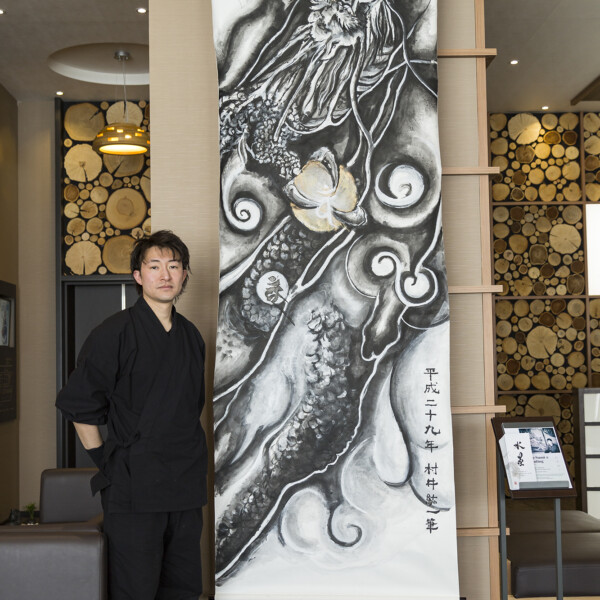 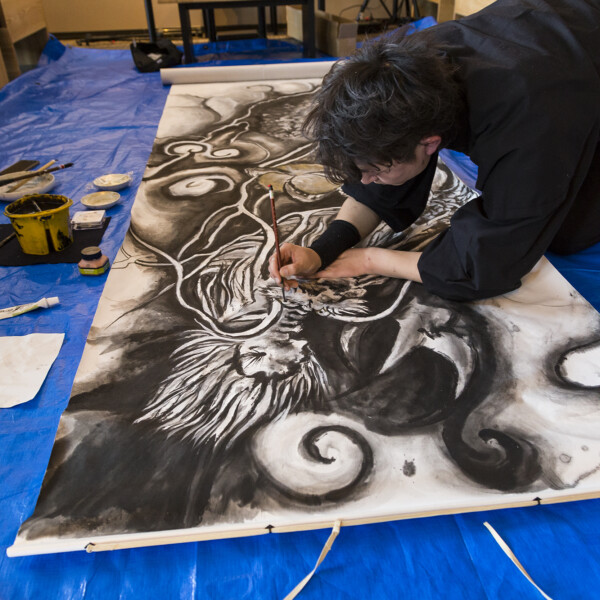 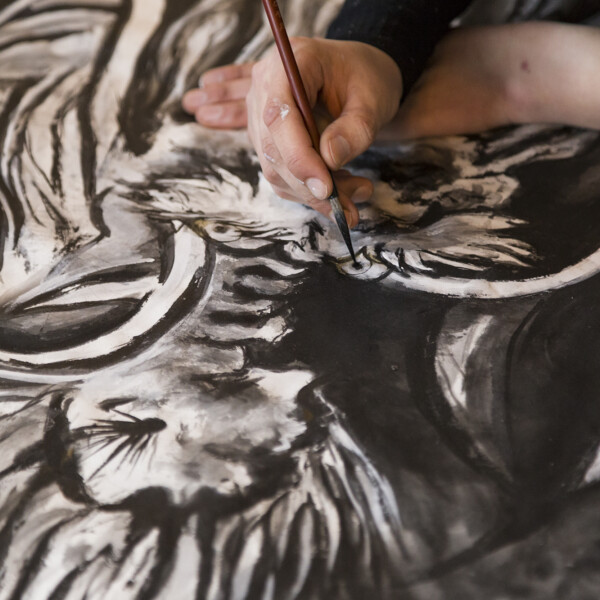 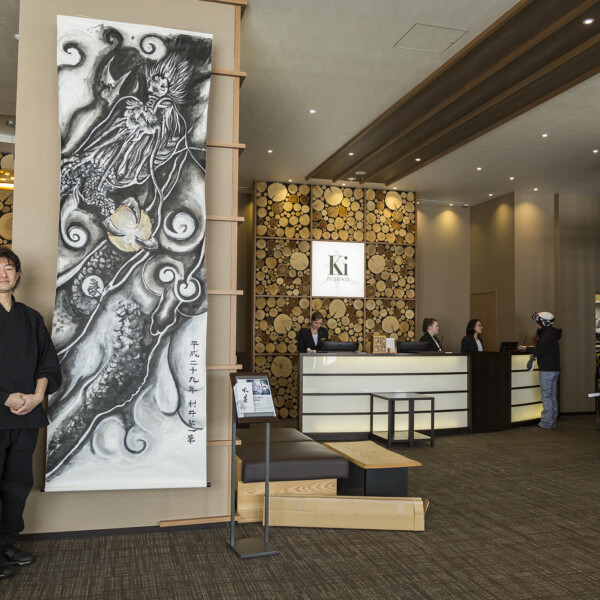 Murai practices Japanese suiboku, ink painting, and his sumi-e, black ink paintings, rely on both artistic creativity and trained calligraphy skills as he paints with his brush.

Through his art, Murai's vision is to remove linguistic, cultural and environmental barriers and to bring everyone together through his expression of traditional Japanese ink-painting and calligraphy. 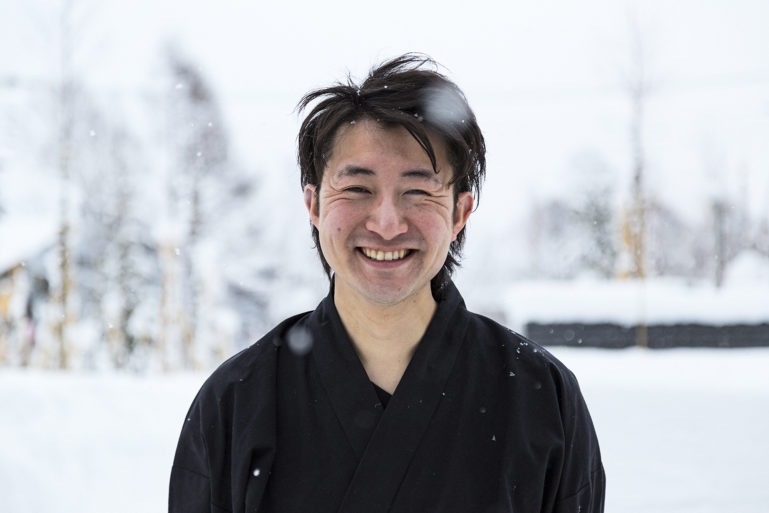 Read more about Murai and his work on our blog.

For more great art being exhibited, see what's on at Ki Gallery and more more exciting events on at Ki, visit our Events page. 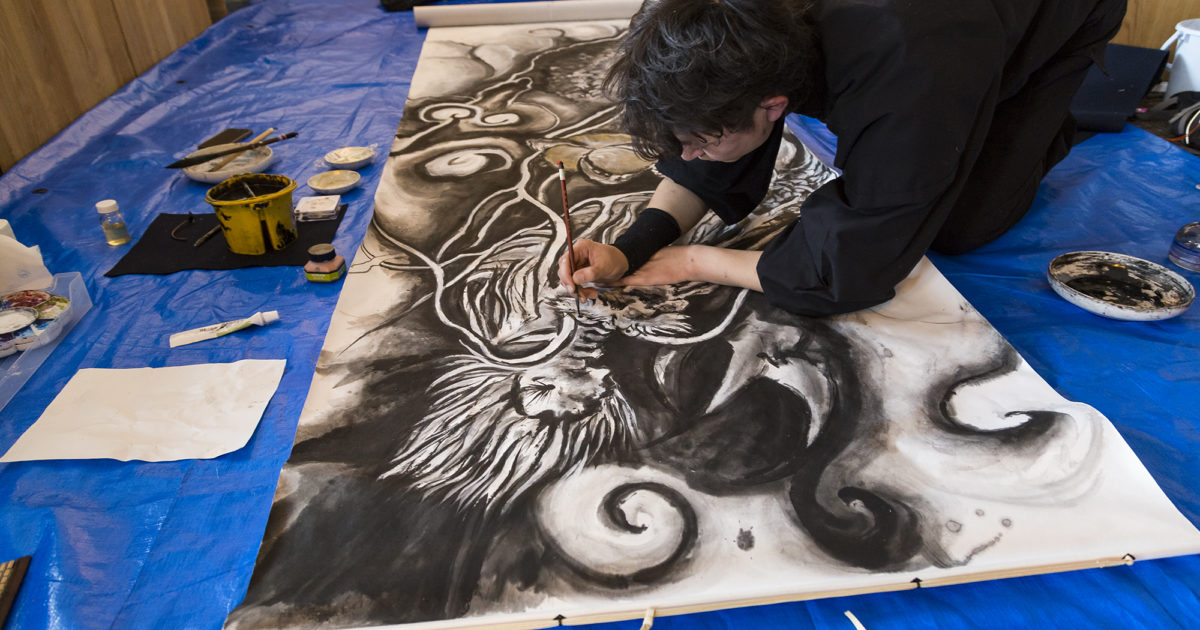