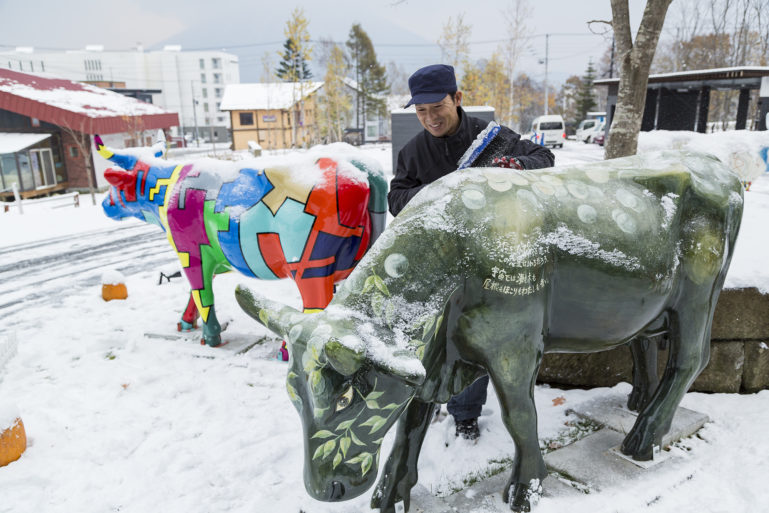 One of cows in the herd receiving a brush off before heading into the barn for winter.

With winter on it's way, outside in the cold is certainly no place for a herd of cows. Ki Niseko's colourful, life-sized cows have made their moo-ve to a warmer, more cosy barn home for Niseko's winter 2016/17 season. The fiber glass painted cows will get some well-deserved R&R and a pleasant winter beauty sleep for the next few months as the hotel gets ready for Niseko's great annual snowfall.

The ten painted cows at Ki Niseko, are part of the Cow Parade, a global art initiative that has been hosted in more than 80 countries. The originally plain white cows were transformed into works of art by the generosity of Niseko area pro and amateur painters back in May 2015. A total of 47 cows have been placed around Niseko Hirafu, Kutchan Town, Niseko Village and Hanazono, for the public to enjoy since the end of the official exhibit in September 2015.

While the colourful cows are now warm and dry, some were reluctant to follow the herd and be transported via truck to their new winter home. With the help of Ki Niseko staff, the big beasts were pulled into line and onto the truck in good form. 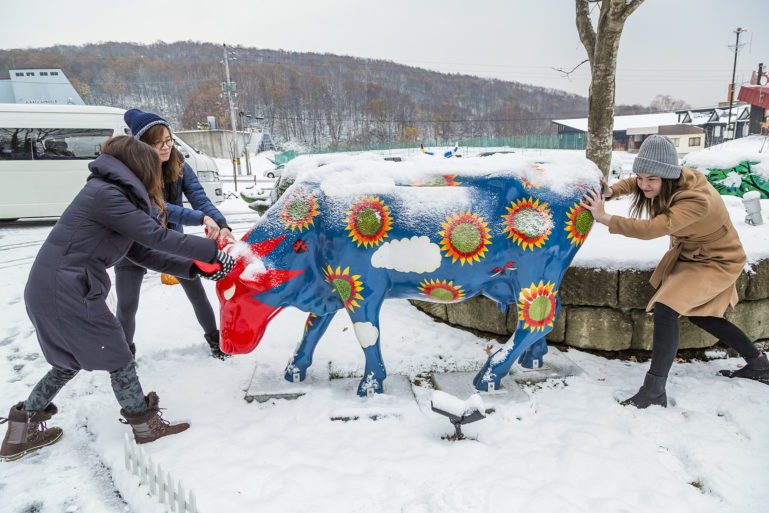 A reluctant cow being persuaded to move by Ki Niseko staff. 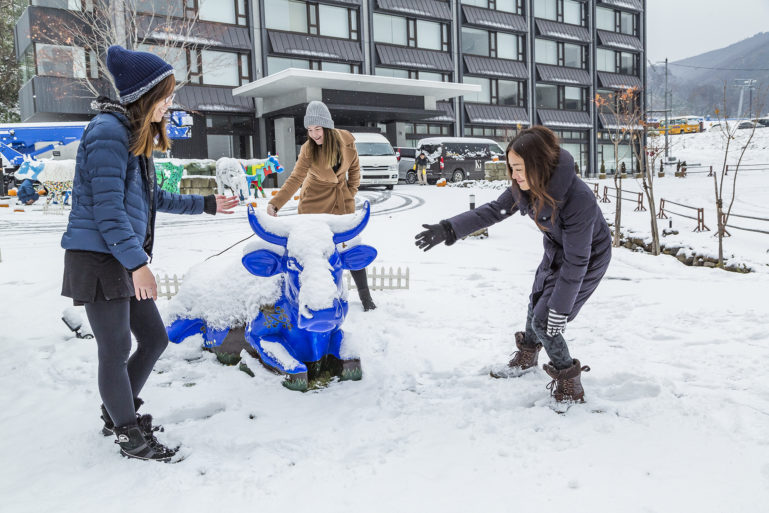 One of the beasts refusing to budge, while Ki Niseko staff try to get him moving.

While nine of the cows have been given a brand new home for now, one lucky cow will remain as the focal artwork for the Ki Niseko lobby during the winter season. The chosen cow to remain as the 'prized' beast is the shiny green cow in the herd. Painted by artist, Takahiro Kitagawa, the artwork is titled Sen, meaning "lines", portrayed with a maze starting from the left ear to the right ear, it all drawn by one stroke. Amazing right?! Takahiro is a professional automobile painter so this is why his artwork is ever so shiny and silky with a high gloss finish. 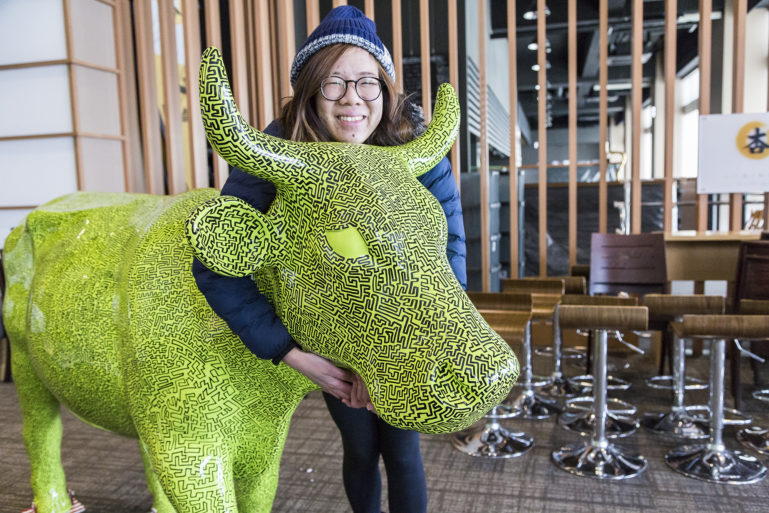 Ki Niseko staff member with the "prized" cow which will remain in the Ki Niseko lobby for winter.

The fiber glass life-size cow models come in three poses: the sitting cow, the standing cow with raised head, and the standing cow with lowered head, the longest of which is 2.4 meters long. If you missed the cows on display this summer season, don't worry, the colourful herd will be coming back to Ki Niseko next spring when the weather warms up and there are greener pastures to munch on!

Scheduled arrival of the cows for spring is during May 2017. 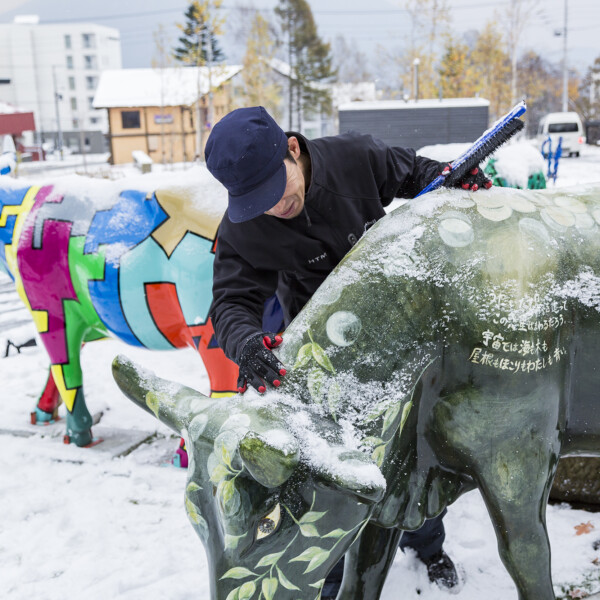 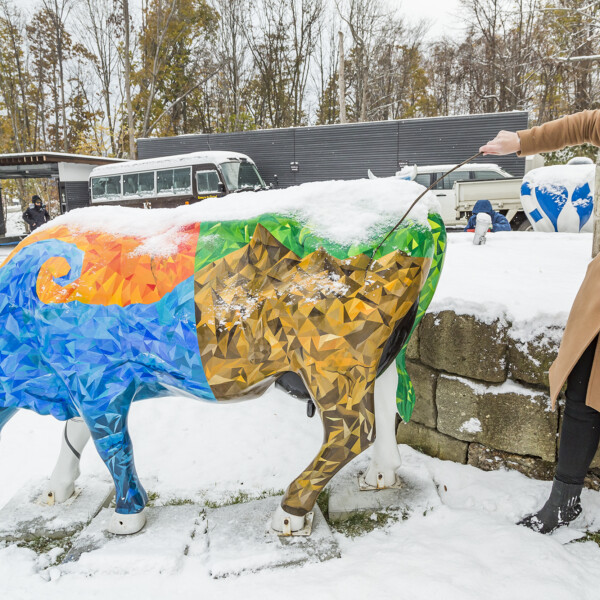 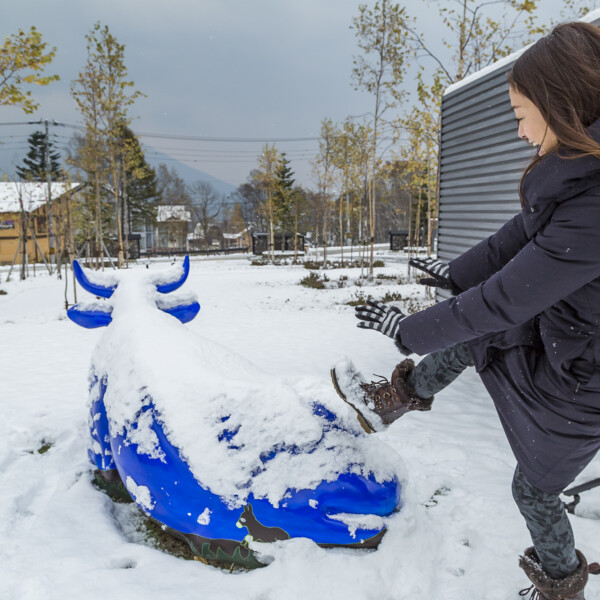 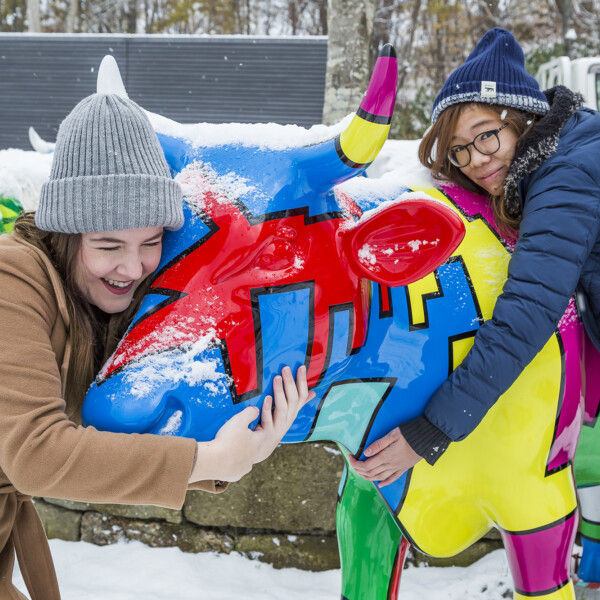 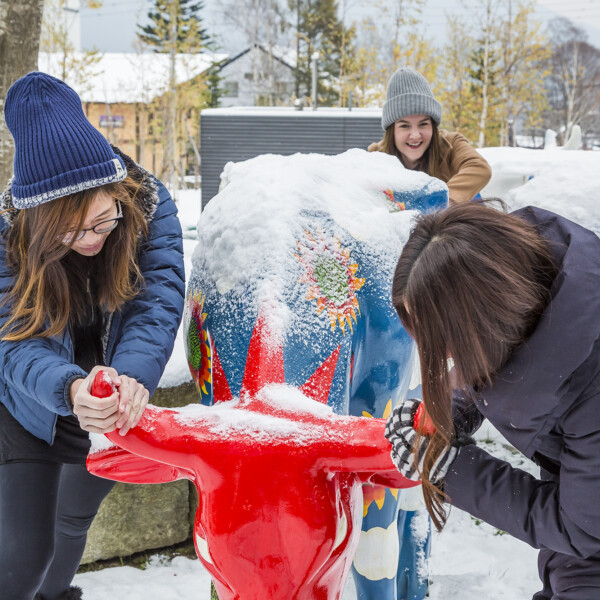 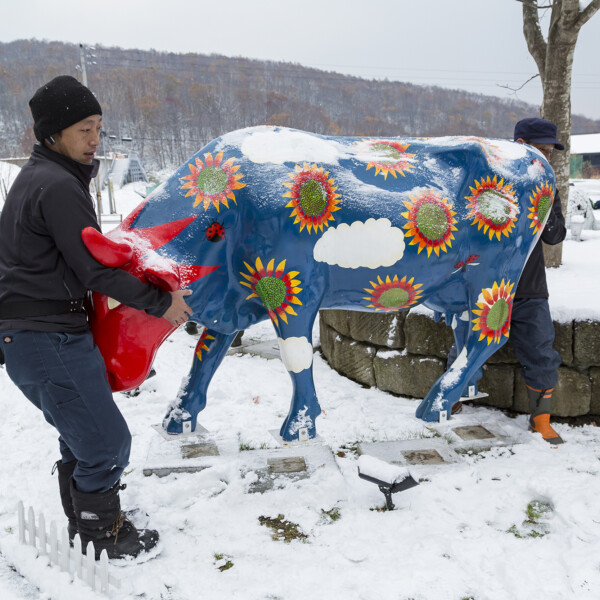 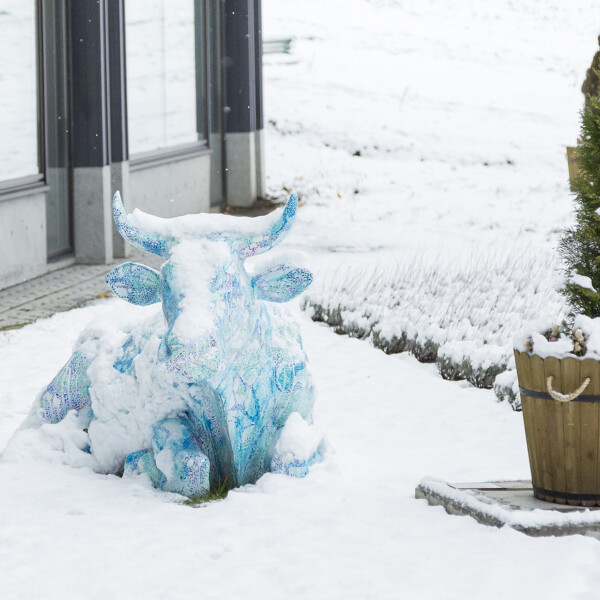 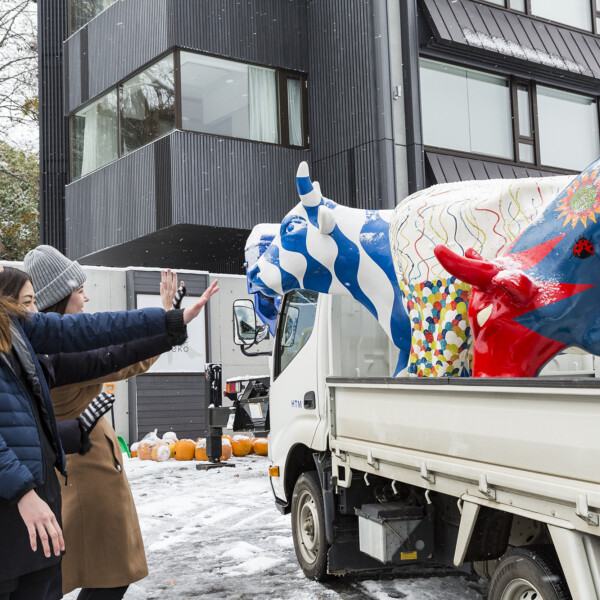 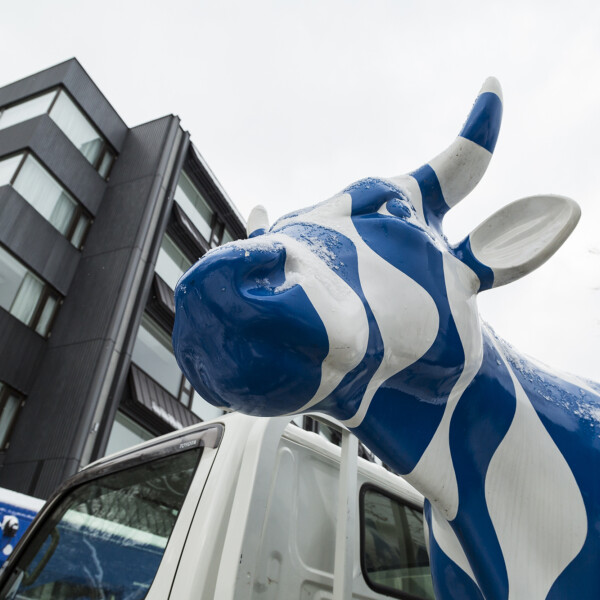 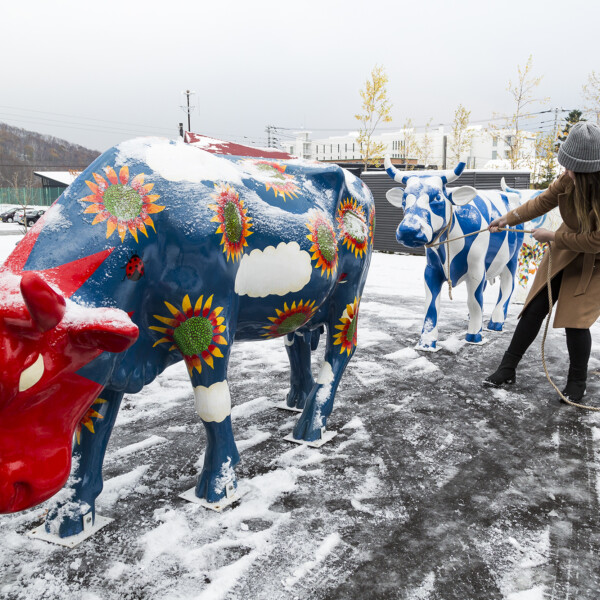 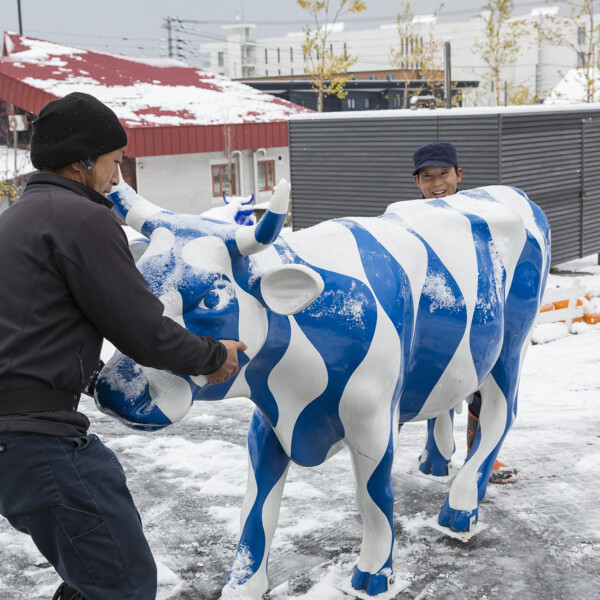 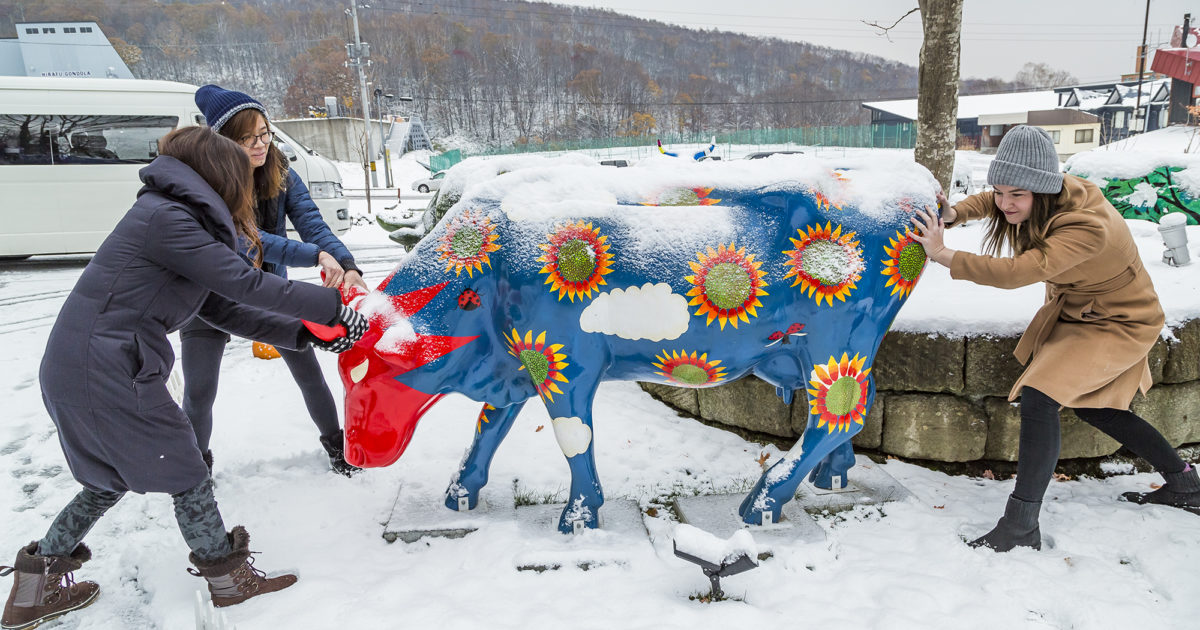 ← Hiroko Takahashi Exhibition Now On It Was a Treat at our Halloween Family Event at the Weekend! →