A (Double) Marathon Effort in Support of Tsunami Orphans

In just under a week’s time, Ki Niseko Director Chris Pickering will race the marathon leg of a relay in Ironman Japan, supporting teammates Jess Ripper and former professional triathlete Shirato Taro. Just a week later he will step up to the line in the Hokkaido Marathon with 17,000 other race hopefuls.

Running two marathons in the space of 8 days is not everyone’s idea of a good time, however Chris will go into both races with a little added motivation. He will this year be running in support of a charity called Aid For Japan, a UK group that raises money for the 350 orphans of the 2011 Tōhoku earthquake and tsunami. It’s a cause that Chris feels strongly about.

"Living and working in Japan, and with half my family being Japanese, I feel I owe so much to this wonderful country. Doing something I enjoy in terms of running and being able to help out people who are less fortunate than me is a great opportunity to give something back to Japan."

Chris has run over 650km in preparation for the two events—roughly the equivalent of running from Niseko Grand Hirafu to Sapporo Station seven times. In doing so, he has logged over 46 hours of running time since the snow began melting in late April, often under the moonlit Niseko skies after his two young boys had been put to bed.

We sincerely wish Chris the best of luck over the next two weeks, and encourage as many people to donate to Aid for Japan as possible! He ran a lightening quick 2:55 in last year’s Hokkaido Marathon, and we will once again be expecting big things! 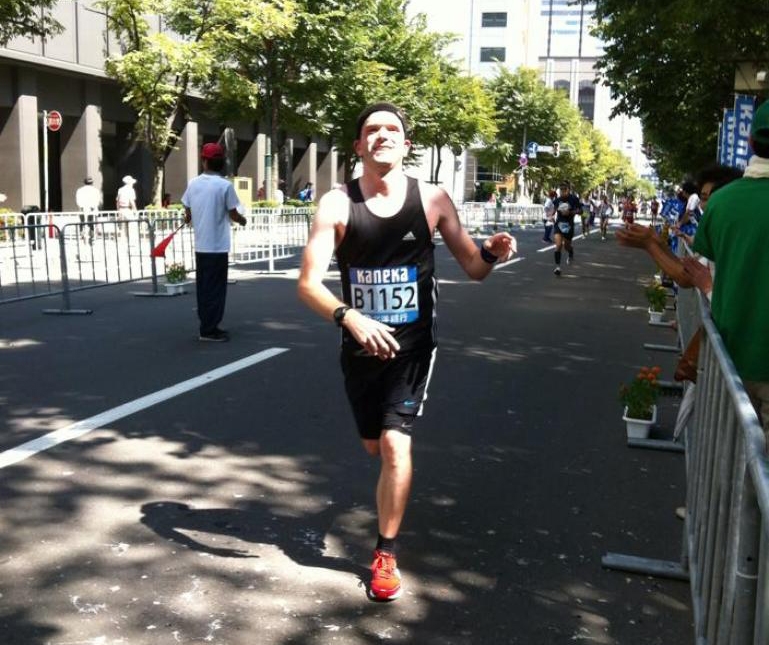 Chris competes in the 2014 Hokkaido Marathon, finishing in 262nd place out of just under 16,000 starters! 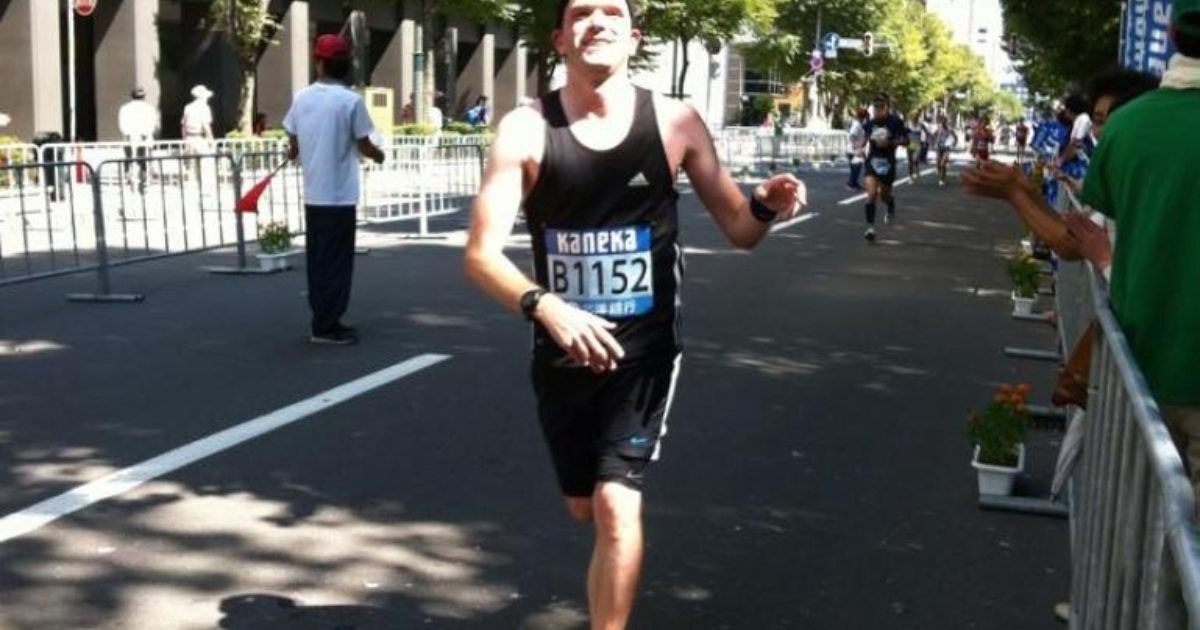